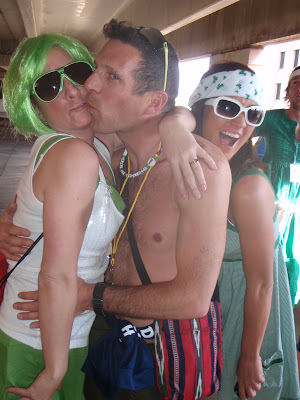 What: CKH3 #152 (Pick-Up Hash)
When: Saturday, April 11th at 2:00PM.
Where: Thunder and Buttons, 2415 W. Colorado Ave. in the Springs (Old Colorado City).
Hare: Fatal If Swallowed.
Bring: $5 and a thirst for some tasty brew.
Notes: A pick-Up hash involves the hare getting a 5 minute head start. Once caught, the hound that caught the hare becomes the hare and gets a 4 minute head start. This process continues with the next person to catch the hare getting 3, then 2, then finally, a 1 minute head start... Trail ends at a predetermined time.... say one hour after the first hare was away. Fatal will have all this crap figured out so the rest of us won't have to think too much.
Posted by Nick at 11:31 AM 1 comment:

The Fear in his (brown)eye

I saw Piggus Dickus at the SLO h3 anniversary in ...yes....San Luis Obispo. He is askerred (as they say in Tejas). I believe he thinks that puke will happily run down his ankle, and that it is the only place that he will be puked on. I say, aim for the eyes...seriously, he has bifocals on and that should protect him enough.

I leave on Wed. for the trek to Austin. See you fags there. Fuck the sippy cup tourney, I'm down with the pong tables though. Also, what say you to naked chariot races? I can get the materials, and a short amount of assembly whilst drinking heavily (meaning power tools and booze = hilarity) hell, a hammer and booze will bring hilarity to the group. :D
Posted by machete at 2:21 AM 1 comment:

"Fear not, it is too early in the season for Rattlesnakes and Copperheads. Feel free to wrangle Kimchees at your own risk."

They are preparing for us at TXIH... got the above off of the hashspace page. I fear that they will be let down by our tame behavior. I'm just gonna sit indian style all weekend and get fucked up.
Posted by Nick at 12:03 PM 1 comment:

What: CKH3 # 151
When: Saturday, March 28th at 2:00 PM.
Where: Gee Cue's Sports Bar, 3906 E San Miguel St, Colorado Springs, CO 80909, (719) 638-6855.
Directions: Off of the northeast corner of San Miguel and Academy across the street from the Wendy's.
Hares: Raisin Smuggler and Just Carlos
Bring: $5 and a thirst for some awesome shaggy action. Be prepared for beer, trail, more beer and more trail. Maybe a jello shot or two? Trail is A to B.
Note: There will be a kickball game immediately after circle if there is enough interest. Bring a ball if you have one.
Posted by Nick at 9:15 AM 1 comment:

Found this on Colorado H3 message board:

"Anyone looking for a registration for America's Interhash in Colorado over Labor Day weekend?

I know of someone looking to sell theirs.

Start Point was McCabe's Tavern, We actually had a decent turn out to include some of my favorite Pikes Peakers. Bob gave the chalk talk as his co hare laid the first part of the trail, first time we saw a picture check and a brownie check, the picture check was for the purple castle real close to the first stop and in and alley we found the Brownie check, a huge dumpster so the majority of us decided to get a picture on the dumpster Lip Lock Me busted a nut trying to get on the dumpster.
Stops were:
Oscars,parking garage, Jose Muldoons were we tried recruiting 2 future hashers, then we finished at Tony's.

FRB was Grannylingus ( talk about bullshit )
FBI was volunteered by Dairy Godmother because we couldn't remember who came in after Me.
there were a bunch of accusations like for not wearing a bra or for going commando, all former GM's and individuals at the very first Kimchi run had to drink. We did have 2 virgins can't remember their names but i am sure they will be back and we did not do any namings but that should be at the next Kimchi hash which Wheeler and i will miss do to vacations.

On after took us to Benny's were Lip Lock Me's car got towed (sorry dude no luck they told me to fuck off only nicer ) and we watched a pretty decent blues type band, and 2 cab's later I made it home.

Bottom line it was a great time had by all, and C-4 was in fighting spirits or supporting spirits because she did several great NBN stand in drinks.

No pictures with this because they can be seen every where, however Bob or Poop needs to post their picture taken at the picture check.
Posted by GrannyLingus at 9:01 AM 5 comments:

Always a friend of the Kimchi, Drag Queen has invited us to throw up all over his house! I'm definitely stopping by.

As I was unable to attend, you know you guys have to post something and tell me all about it.

What happened? Did Just Tre get named? Did anyone puke on anyone else? 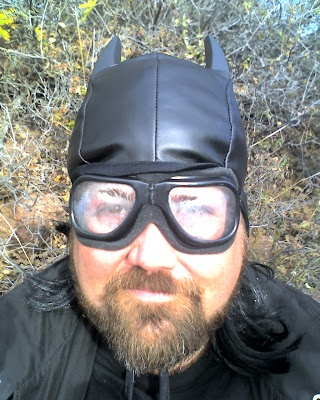 Holy Crap! We're all freakin' famous! The first time our hash has ever made it into print!
http://www.csindy.com/gyrobase/Content?oid=oid%3A36312
John is officially the man for bringing our humble hash up... who am I kidding? We're awesome.
Still, Arctic is a great hash pub. We're very lucky that it is there.
Thanks for the heads up about the story, Raisin!